“The central conservative truth is that it is culture, not politics, that determines the success of a society. The central liberal truth is that politics can change a culture and save it from itself.” – Daniel Patrick Moynihan

I was speaking today [caveat: I wrote this last year] with my French father-in-law about the recent heat wave that is gripping Western Europe. I was giving him some tips about how we from the Southern United States deal with extreme heat – drinking massive amounts of ice water, avoiding walking outside too much, and rolling down the windows in our cars to let the heat out.

There was a small problem: all three of these things are, in my experience, anathema to the French.

First, the French drink water in miniscule quantities – my American family was once, in France, served a pitcher of water to share amongst the four of us for the entire meal. That four-person pitcher of water was smaller than many individual cups of water that one might be served at a southern American eatery and that would be refilled multiple times during the meal. Whether this trait of Americans is a reaction to warmer climes, I cannot say, but the fact is that it certainly helps us cope with warmer temperatures.

Second, the French are a walking-friendly people. Rather, I should say, Americans are a walking-unfriendly people, for the truth is that the vast majority of the world walks to most of the places they need to go, and midwestern Americans are an exceptional bunch in their reliance on cars to go even short distances. It is consequently very easy to encourage Americans to walk less to deal with warmer weather. For the French, on the other hand, there is an opposite sort of tradeoff. The French have largely eschewed the option of living in spread-out suburbs with lots of privacy and space and distance; in return, they chose to live across the street from a bakery, a cafe, a corner market. The French by and large choose conviviality and community over privacy any day. Americans tend to choose the opposite.

The final suggestion demonstrates one extreme of the cultural divide: Americans in the South and Midwest crack their windows as a matter of course. For the French, this is perceived (justifiedly or not) as an open invitation to rob or steal the vehicle. No one does this. To illustrate why not, side-mirrors in France are as a matter of course folded up when the car is parked. When I first encountered this, my natural naif reasoning was “oh, because many cities and streets are so compact, they fold in the mirrors to save space.” Upon venturing this guess, I was told exactly how much of a naif I was: the reason that side mirrors are routinely folded in in France is because when they are left extended, they are kicked and broken off as a matter of course. What this says to me about French culture is this: France is a country in which social cohesion is minimal and there is no trust among strangers. There is only cynicism and distaste. This seems to contrast strongly with the aforementioned observation that French choose conviviality and community – this holds true at the small scale of family and friends, but collapses beyond that. The ingroup/outgroup divide in France is thus quite strong. There is little in the way of national social solidarity – there is only the state and the family ingroups within it, and all the fellow residents of the Republique are competing for the same resources and same slice of the pie that the State dishes out.

Given the above proclivities of French culture, vis-a-vis my own Middle American cultural expectations, it was a great surprise to me when my French father-in-law said that the public media in France were pushing all of these tips: drink lots of water, stay indoors, and even [gasp!] roll down car windows. This revelation prompted me to wonder about an important question: how much can news and policy really affect culture? There are of course examples of significant cultural changes, for example, littering. As famously shown on Mad Men, littering was a completely normal and acceptable way to dispose of trash in the 1960s. 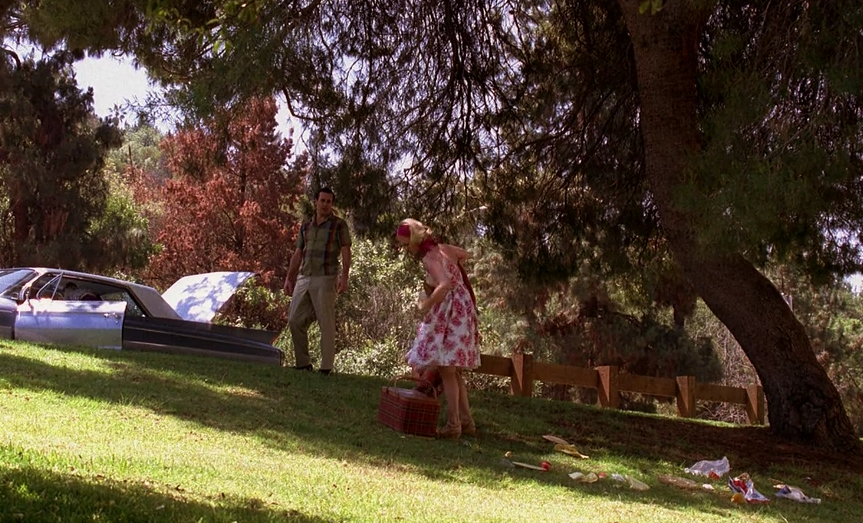 However, beginning in the late 60s, this began to change:

According to Keep America Beautiful, the actual count of overall litter has decreased 61 percent since 1969. So what’s created this success? It’s taken 40 years of pushing multiple behavioral levers, including education and fines and making the desired behavior incredibly convenient.

But let us examine that information. Yes, there has been a 61 percent decline [58 in a later version of the study] in littering. But it did take “40 years of pushing multiple behavioral levers”. Mao Zedong’s Great Proletarian Cultural Revolution was perhaps one of the most radical and far-reaching attempts in human history to politically reshape culture, and yet now, decades later, Chinese folklore and traditional histories are immensely popular and the Chinese Communist Party is pushing neo-Confucianism as the glue to bind together a society that is increasingly dynamic and increasingly in need of common touchstones and cultural ideologies. The ability of politics to truly reshape culture seems, at best, very limited.

And yet: those examples are big and bold and highly visible, and rooted in direct political coercion. Is it possible that more subtle policies can be more effective at reshaping culture and behavior? Classical Liberals, Libertarians, and economists would say that the way to manipulate public behavior in a lasting way is through market mechanisms. Libertarian policy thinker Cass Sunstein notably embraced the concept of “nudges” – small market-oriented mechanisms that simply put a finger on the market scale and make it more advantageous to choose a prosocial behavior over an antisocial one (e.g. putting a small price on carbon).

View all posts by Scott Mauldin